Skip to content
by/with Mihaela Dragan & Mihai Lukacs
Performance
20 minutes
Roma women are facing a double discrimination in terms of individual and systemic racism and sexism, while Roma women living in traditional communities have to deal with patriarchy within those communities (especially in the forms of early marriages and no access to education for girls). Our performance deals with this double discrimination as it appears in hate speech, representations and stereothipical perspectives on Roma women and brings up front a mythical character that was worshiped especially by Roma women over centuries, the Roma saint Sara Kali to give them strength and compassion. As part of the ritual, Sara Kali will appear in front of the audience to protect and bless the Roma people who are facing everyday racism, discrimination, scapegoating, sexism and hate (“the roaring lion that wishes to devour me”). Sara Kali is the giver of music, dance and the gifts of the mysteries of magic. Poetry, music and invocation will create an echo of the great Dark Mother.Mihaela is a Roma feminist activist/actress and her performances focus on her Roma identity and a feminist agenda concerning Roma women.

Their performances have a DIY approach and ethic in their development.

[we performed it twice, in Vienna for kvir_feminist_actziya festival on July,26 and in Bucharest for International Performance Association on September, 4] 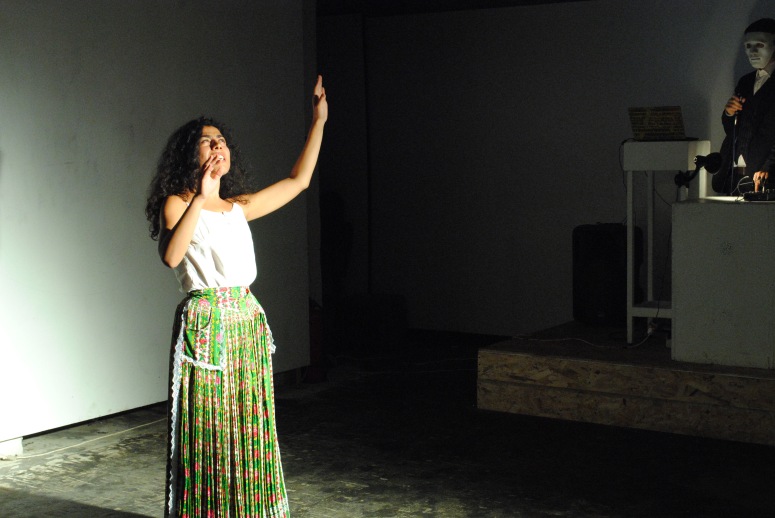