This performance was created for Bucharest Art Week as a street performance.

Performing arts as a contemporary social practice continues the (forgotten) tradition of Roma musicians, the main performers of the past in Moldovia and Wallachia. The lautarii/musicians were exclusively Roma slaves. Like any other labor which was traditionally done exclusively by Roma people, performing arts was seen as secondary in importance, as humiliating, as frivolous, as unworthy or petty. By association with the Roma slaves, musicians, dancers and actors were disrespected and underpaid (tradition requires to perform for free but full-hearted). They were also incompatible with the cultural and intellectual elites.

Being a performative artist in the Romanian Principalities was a gesture of public humiliation, it overexposed social hierarchies and it gave evidence of who is the master (who owns the artists for whom they perform) and who is the servant (the artist who plays the favorite areas of the master as the master wishes).

Is this tradition alive in the performing arts? Is humiliation a simple anachronism for artists or does it speak further about the Roma artists who performs in public?

The performance is a showcase of the performing artists as foolish, ridiculous, risible or super-dramatic. 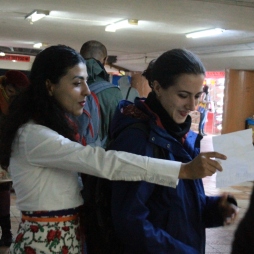 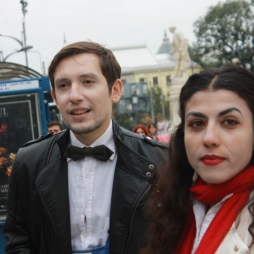 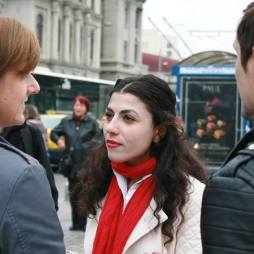